TEHRAN, Dec 28_Poland has summoned the Russian ambassador to express its "strong objection" over remarks made by President Vladimir Putin, who blamed the country for the outbreak of World War II. 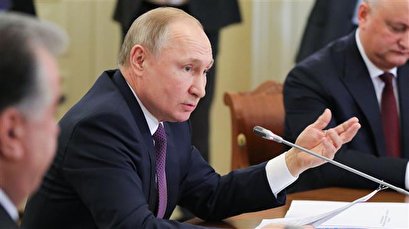 In an angry outburst at the Russian defense ministry on Tuesday, Putin described Jozef Lipski, the Polish ambassador to Nazi Germany, as "scum and an anti-Semite pig.”

Citing archive documents, Putin said that the Polish envoy to Berlin “expressed full solidarity with Hitler in his anti-Semitic views."

Poland, however, considers the views amounted to the “Stalinist historical narrative” and “propaganda of a totalitarian state,” Przydacz said.

He said that "Poland was the first country to engage in armed resistance in September 1939 against the German army, which was backed by the Soviet Union."

“The outcome of German aggression and extermination was the murder of nearly six million Polish citizens, including three million Jews," the ministry added.