TEHRAN, Dec 28_US President Donald Trump's tariffs on imports have backfired, causing job losses and higher prices, a new study by the Federal Reserve has found. 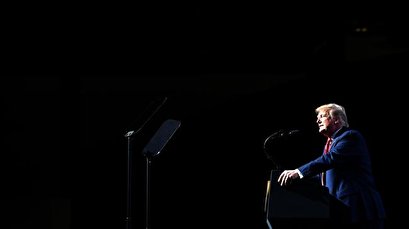 The study has found that while the tariffs have reduced competition for some industries in the domestic US market, but this was neutralized by the effects of rising input costs and retaliatory tariffs.

“While the longer-term effects of the tariffs may differ from those that we estimate here, the results indicate that the tariffs, thus far, have not led to increased activity in the U.S. manufacturing sector,” the study said.

The Trump administration first imposed steel and aluminum tariffs in March of 2018 from several countries, including Canada, Mexico and Turkey. Trump then declared that "aggressive foreign trade practices" related to the trade goods amounted to an "assault on our country" and the American steel industry.

Then the US president has announced several rounds of tariffs on Chinese goods. Since then, the two countries have exchanged tariffs on more than $360 billion in two-way trade. The US says a primary goal of the aggressive tariff strategy is to decrease the trade imbalance with China, which totaled $379 billion in 2018.

China however had lifted punitive tariffs on American cars and auto parts earlier this year as a goodwill measure while trade talks were underway.

In October, Trump announced a partial deal after meetings in Washington with a Chinese trade delegation.

The deal announced by Trump offered a temporary reprieve from tariffs planned for mid-October.

However, it did not roll back any of the stinging import duties already imposed on hundreds of billions of dollars in trade between the economic powers. Neither did it address another round of import taxes planned for December.

Trump's unresolved trade war with China is seriously damaging the American economy, according to a top economist.