Pompeo categorizes US aggression in Iraq, Syria as ‘defensive action’

TEHRAN, Dec 30_US Secretary of State Mike Pompeo has categorized a series of aggressive American military strikes in Iraq and Syria that killed more than two dozen people as a “defensive action” intended to protect his country’s interests in the Middle East. 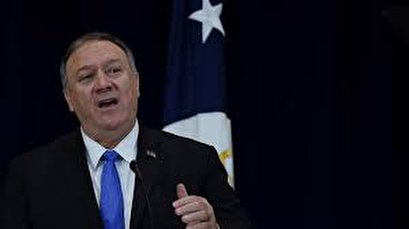 TEHRAN, Young Journalists Club(YJC)-Well, it begins by an understanding that this was a defensive action designed to protect American forces and American citizens in Iraq, and it was aimed also at deterring Iran,” Pompeo told Fox News on Monday.

The Pentagon announced on Sunday it had conducted “precision defensive strikes” in Iraq and Syria against five sites of Kata'ib Hezbollah, which is part of Iraq's Popular Mobilization Units (PMU).

US forces conducted drone strikes on a number of Kata'ib Hezbollah bases in Iraq's western Anbar province, killing at least 25 individuals and leaving another 51 injured, according to the PMU.

Following the strikes, the Pentagon issued a statement saying that it had targeted three locations of the Iraqi fighters in Iraq and two in Syria in response to alleged attacks targeting American forces.

The Iranian government has also condemned the "illegal and unjustifiable" US strikes on popular forces in Iraq and said that it is ironic that the United States is still occupying some parts of Iraq and bombing the Arab country's people while it "shamelessly claims that it respects the Iraqi government's sovereignty."