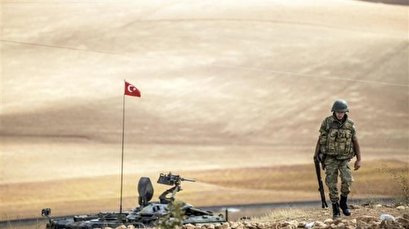 TEHRAN, Young Journalists Club(YJC)-"Our soldiers' duty there is coordination. They will develop the operation center there. Our soldiers are gradually going right now," he told CNN Turk broadcaster during an interview.

The Turkish parliament passed a bill allowing the government to send troops to Libya aimed at shoring up the UN-recognized government in Tripoli.

The Tripoli government has come under sustained attack since military strongman general Khalifa Haftar launched his offensive in April.

Haftar is backed by Turkey's regional rivals, the United Arab Emirates and Egypt, while the UN-backed government has the support of Ankara and its ally Qatar.