Tehran 09 January_The European Council president says he has spoken to Iran's President Hassan Rouhani and urged Tehran to comply with the landmark nuclear deal it clinched with major world powers in 2015. 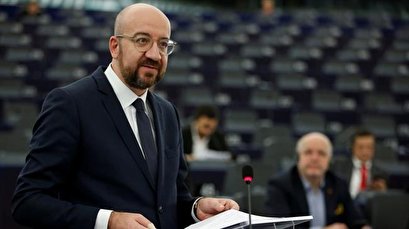 "Just spoke with @HassanRouhani about recent developments. JCPOA remains crucial for global security. I called Iran not to pose irreversible acts," he tweeted.

Michel’s remarks came after Tehran announced in a statement on Sunday that from now on, the country will observe no operational limitations on its nuclear industry, including with regard to the capacity and level of uranium enrichment, the amount of enriched materials as well as research and development.

“By taking the fifth step in reducing its commitment, the Islamic Republic of Iran eliminates the last key operational restriction it faced under the JCPOA, which is the limitation imposed on the number of centrifuges,” it said.

In response to the US unilateral move, Tehran has so far rowed back on its nuclear commitments four times in compliance with Articles 26 and 36 of the JCPOA, but stressed that its retaliatory measures will be reversible as soon as Europe finds practical ways to shield the mutual trade from the US sanctions.