Tehran 15 January_Iran slams the launch by France, Britain and Germany of a dispute mechanism under the 2015 nuclear deal with Tehran as a “passive” move rooted in their “weakness,” warning that the Islamic Republic will give a firm response to any “unconstructive” move. 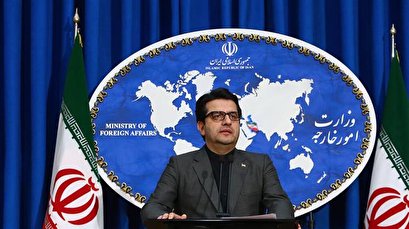 Although Iran responds in pure good faith to any well-intentioned action concerning the agreement, it would also respond “firmly, decisively, and aptly” to any act of non-commitment or malicious or unconstructive measure that could target the deal, he added.

Earlier in the day, the trio, collectively known as the EU3, formally triggered the dispute mechanism, which accuses Iran of violating the agreement and could lead to the restoration of the anti-Iran UN sanctions that had been lifted by the deal, named the Joint Comprehensive Plan of Action (JCPOA).