Tehran 15 January_The Syrian army says it has intercepted and shot down several Israeli drones and missiles targeting a major military airport in the country’s central province of Homs. 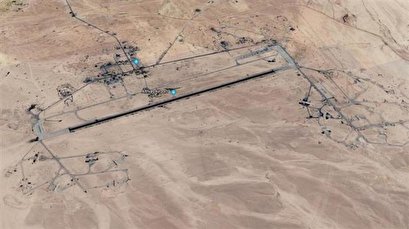 TEHRAN, Young Journalists Club(YJC)-Citing a military source, Syria's official news agency SANA announced on Tuesday that the army air defenses had confronted an air aggression perpetrated by Israeli warplanes on T4 airport in Homs and shot down a number of their missiles.

“Nearly at 22.10 p.m. on Tuesday January 14, 2020, the Israeli warplanes perpetrated a new aggression on T4 airport from the direction of al-Tanf region,” the military source said.

The army said it successfully managed to intercept and down several missiles targeting the airbase and that the attack had only caused material damage.

Israel has carried out hundreds of airstrikes in Syria, including in the Golan Heights, most of them against what the Tel Aviv regime claims to be the positions of pro-Syrian forces.

The Syrian military has mostly absorbed the Israeli strikes, locking its defense systems on incoming fire.