Tehran 16 January_Foreign Minister Mohammad Javad Zarif says the European signatories to a 2015 nuclear deal — France, Britain and Germany — chose to bow to American bullying and sell out the “remnants” of the multilateral agreement only to appease the US and avoid its sanctions. 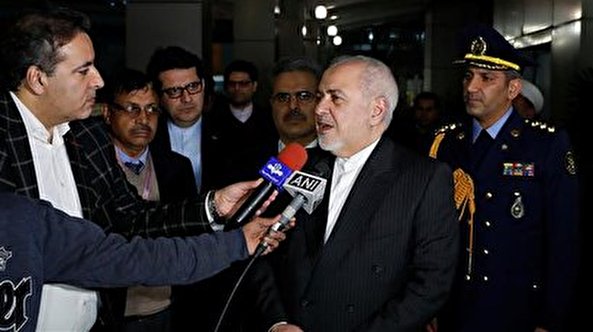 TEHRAN, Young Journalists Club(YJC)-Zarif made the remarks in a tweet on Thursday after The Washington Post reported that the administration of US President Donald Trump had threatened to impose a 25 percent tariff on European automobile imports if the trio — known as EU3 or E3 — refused to formally accuse Iran of violating the Joint Comprehensive Plan of Action (JCPOA).

The report was published shortly after the European trio said in a joint statement on Tuesday that they had triggered the JCPOA’s dispute mechanism, which mechanism amounts to a formal accusation that Tehran had broken the terms of the deal.

The European measure could lead to the restoration of anti-Iran UN sanctions, which had been lifted by the JCPOA.

The top Iranian diplomat attached to his tweet a screen shot of the Washington Post report’s title that read, saying the report confirmed the E3’s “appeasement” to Trump.

“E3 sold out remnants of #JCPOA to avoid new Trump tariffs. It won’t work my friends. You only whet his appetite, Remember your high school bully?” Zarif said. “If you want to sell your integrity, go ahead. But DO NOT assume high moral/legal ground. YOU DON’T HAVE IT.”

Zarif had likewise criticized the European parties to the JCPOA for surrendering to the US bullying on Wednesday, saying, “It’s sad that biggest economy has allowed itself to be bullied into violating own obligations. JCPOA’s future depends on E3, not Iran.”