Tehran 16 January_Human Rights Watch (HRW) says the series of developments that led to the resignation of Bolivia’s former president Evo Morales constituted a coup, raising the alarm about human rights abuses by the country’s military at the time. 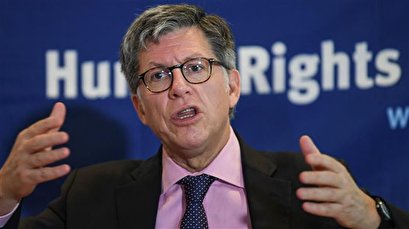 Morales, who had been in power for nearly 14 years, was granted asylum in Mexico after his resignation but vowed not to back down and continue fighting from abroad. The country’s first indigenous president later left Mexico for Argentina, where leftist leader Alberto Fernandez took office in December 2019.

Bolivian prosecutors have issued an arrest warrant for Morales over allegations of sedition and terrorism, leveled by the government of Jeanine Anez, Bolivia’s right-wing interim president. Morales has denied the charges.

The new Bolivian regime has also threatened to imprison Morales for the rest of his life.