Tehran 16 January_Aviation experts say they are puzzled after the crew of a commercial airliner decided to dump fuel at low altitude during an emergency landing, causing a vapor to fall on schoolyards and neighborhoods east of Los Angeles International Airport. 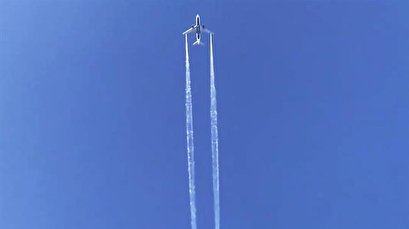 TEHRAN, Young Journalists Club(YJC)-“No one is going to dump fuel where these guys did it over populated areas and schools. It’s a pretty outrageous thing,” said Ross Aimer, CEO of Aero Consulting Experts and a retired United Airlines pilot. “They should have gone over the ocean or landed heavyweight.”

Delta Air Lines said Flight 89 to Shanghai had an engine problem after takeoff Tuesday and needed to quickly return. The Boeing 777-200 landed safely after circling back over Los Angeles while dumping fuel to reach a safe landing weight, the airline said in a statement.

When a plane is forced to turn back after takeoff, the weight of a full load of fuel carries a risk of damaging the jet during landing. That can be costly for airlines to fix. And even if there isn’t damage, airlines try to avoid overweight landings because they are required to inspect planes, which puts them out of service.

When turning back with a full fuel load, pilots have three choices, according to John Cox, a safety consultant and former airline pilot: burn the fuel, which can take hours, dump it or land overweight.

In case of a fire, he said, pilots will dump as much fuel as quickly as they can and land. A less dangerous situation tends to lead to using up or dumping fuel.

According to recorded radio communications, air traffic control asked the Delta crew if they wanted to return to LAX immediately or linger over the ocean “to hold and burn fuel.”

“We’re going to go ahead,” the pilot or co-pilot responded. “We’ve got it back under control. ... We’re not critical.”

“OK, so you don’t need to hold or dump fuel or anything like that?” the controller asked.

“Ah, negative,” was the response.

But the plane did dump fuel as it headed back.

The Delta crew reported a compressor stall in the engine “but they got the engine back under control ... they were not in an immediate threat condition, and they started out over water,” Cox said. “Why they continued to dump fuel at low altitude when they weren’t in a fuel-dumping area, and didn’t advise ATC (air traffic control) that they were dumping fuel — those are questions this crew is going to have to answer.”