Gulenist steals millions of dollars from US Department of Defense

Tehran 17 January_A Turkish-American car dealer with close links to a movement led by US-based opposition cleric Fethullah Gulen, who the Ankara government accuses of having masterminded the failed July 2016 coup attempt against Turkish President Recep Tayyip Erdogan, has reportedly defrauded the Pentagon of millions of dollars. 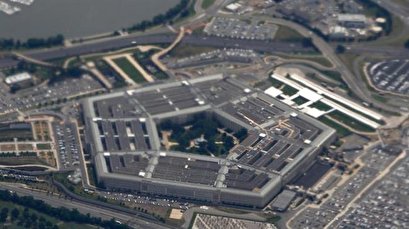 TEHRAN, Young Journalists Club(YJC)-US Attorney Craig Carpenito said Hurriyet Arslan, a resident of Willingboro and native of Turkey, conspired with Turkish nationals in 2018 to steal money from a Defense Department contract worth $23.5 million for aviation turbine fuel to be supplied to troops operating in Southeast Asia.

According to a written statement by the US Justice Department, Arslan opened a shell company based in New Jersey, with a mobile phone number and bank account.

According to the statement, the conspirators used the login credentials of a person in contact with Arslan and working in the company to access its government account and changed the bank account information to reflect a bank account controlled by the Turkish-American car dealer.

The conspirator in California later contacted the Pentagon and confirmed that Arslan had been fraudulently receiving contract funding, and the corporation's payment method had been changed to the Deal Automotive Sales bank account.

The 49-year-old man faces a 30-year prison term, and a fine up to $1 million or twice the gross profits received or gross loss from the offense when he stands trial on April 13.