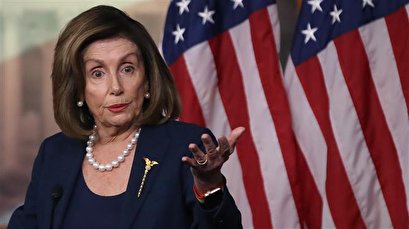 TEHRAN, Young Journalists Club(YJC)-Speaking at a press conference on Thursday, Pelosi said the social media company cares about profits above all else, saying, “The Facebook business model is strictly to make money.”

“I think they have been very abusive of the great opportunity that technology has given them,” she added.

Her comments came when she was asked about whether Facebook CEO Mark Zuckerberg or other tech executives, largely based in or near Pelosi’s San Francisco-area district, hold too much power.

“All they want are their tax cuts and no antitrust action against them,” Pelosi said of Facebook. “And they schmooze this administration in that regard because so far that’s what they have received.”

In recent months, the social media giant and and its CEO have been harshly criticized, mostly by Democrats, over issues ranging from digital privacy, election interference, to antitrust regulation and so on.