Tehran 17 January_Of course, homelessness is a problem almost everywhere around the world but on paper at least the European Union is one of the richest blocs on the planet. For MEPs, who have just been debating the issue, this fact means the all too common sight of people sleeping on EU streets is unforgivable. 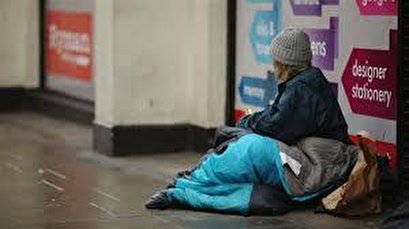 TEHRAN, Young Journalists Club(YJC)-EU Social Rights Commissioner Nicolas Schmit told the European Parliament debate there are now three million people in the bloc who are without a home. The discussion also heard Ireland has one of the eurozone's fastest growing economies. There, 4,000 children are homeless.

Studies show that in the last 10 years homelessness has grown in 24 of the 28 EU countries, including in the bloc's de facto capital.

A recent study by ULB university Brussels concluded that four out of ten children here in the Belgian capital were born into poverty. Non-EU families are worst affected with child poverty levels reaching 70% among those from sub-Saharan Africa.

Some lawmakers claim migration within the EU, due to the free movement of people policy, is contributing to homelessness. Others disagree.

Also, economic policies in several Eurozone countries are not working because in those nations youth unemployment levels remain very high.

Official EU data from the agency Eurostat shows governments in the bloc have reduced their social protection expenditure. Political scientists say this trend threatens to completely destroy the EU as it fuels populism.