Tehran 17 January_Iran's Foreign Ministry has decried the "abuse" of Iran's accidental downing of Ukraine plane by some countries who pursue certain "political plots" against Iran. 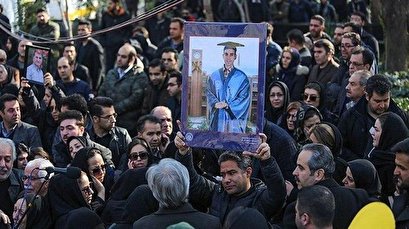 "For the sake of the mourning families, allow procedures to continue as they currently are in a natural matter, far from diversions," he added.

The Ukrainian plane, en route to Kiev and carrying mostly Iranian passengers, crashed minutes after take-off near the capital Tehran on January 8, killing all 176 on board.

Among the victims were also citizens from Canada, Ukraine, Sweden, Afghanistan and the United Kingdom.

Despite attributing the crash to technical failure in initial assessments, Iran ultimately said that the plane had been brought down by a missile fired “unintentionally” due to “human error” after further investigations on Saturday.