Tehran 20 January_A Young Palestinian man has succumbed to his wounds some two years after he was shot by Israeli soldiers during an anti-occupation protest along the border between the blockaded Gaza Strip and the Occupied Territories. 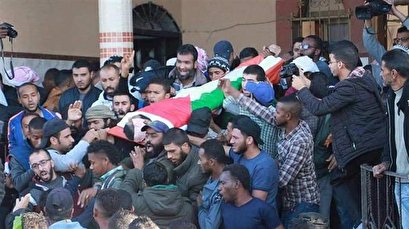 It added that he died due to wounds he had received from Israeli gunshots on March 30, 2018, the first day of ongoing weekly rallies – known as the Great March of Return – which have been held in the blockaded sliver against Israel’s occupation of the Palestinian territories.

The Gaza clashes reached their peak on May 14, 2018, on the eve of the 70th anniversary of Nakba Day (Day of Catastrophe), which coincided with the US embassy relocation from Tel Aviv to occupied East Jerusalem al-Quds.