Tehran 21 January_The Asian Football Confederation (AFC) has banned Iran from hosting international soccer competitions for no clear reason, in a move which many see as driven by third-party pressure. 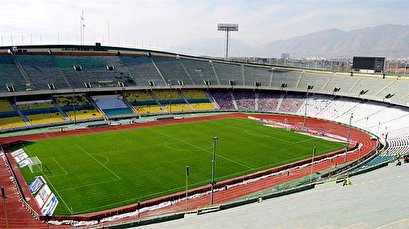 TEHRAN, Young Journalists Club(YJC)-The Football Federation of the Islamic Republic of Iran (FFIRI) said Friday AFC had sent a letter announcing all international matches involving Iranian teams would have to be held in a third country.

The FFIRI said it held a meeting on the matter shortly after receiving the letter.

Another meeting to be attended by representatives of Iranian football clubs competing in international games will be held on Saturday, the FFIRI added.

The FFIRI also said in the upcoming days, it would announce its eventual stance on the AFC decision which would deprive Iran of a main advantage.

So far, the AFC has not provided details on the ban or reasons behind its decision to impose the ban.

Amirmahdi Alavi, a spokesman for the Iranian federation, said that the AFC should avoid “false” notions regarding Iran.

“Iran is fully ready to host various teams as it has repeatedly proven during the past several years,” he said.

Iran’s Esteghlal Football Club – which is usually one of Iran’s main contenders in international competitions – has already issued a statement saying it will refuse to compete in any competition in a third country.

The statement added that the football club rejects the AFC decision and believes it is for “political” reasons.

Mahdi Mohammad Nabi, member of the board of directors of the high-ranking Persepolis Football Club, also said that the AFC ruling was based on groundless claims.

“This decision was taken without justifiable evidence and in disregard for international and national laws of member states,” he said.

Nabi added that the ruling defied article four of the FIFA Statute and article 13 of the AFC Statute which rule out discrimination against member-states.

One day before the FFIRI received the letter, Waleed al-Faraj, which hosts a popular soccer program on the Arabic-language SBC channel from Saudi Arabia, said that “informed sources” had notified him of the ruling.

He said the decision had been taken due to Iran's “security situation”.

The host said Iran’s rivals could host competitions with Iran in their own countries, despite the new ruling.

Al-Faraj’s revelations were picked up by Iranian media, which pointed at Saudi Arabia’s long interest and past attempts in lobbying against international competitions held in Iran.