Tehran 21 January_The death toll from the outbreak of a new SARS-like virus in China has increased to four, Chinese authorities say. 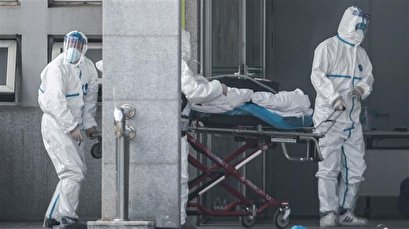 TEHRAN, Young Journalists Club(YJC)-Health authorities in the city of Wuhan, in central China, said on Tuesday that an 89-year-old man had become the fourth person to die from the virus, adding that 15 medical staff had been infected as well.

The Chinese government announced on Tuesday that it was classifying the outbreak in the same category as the outbreak of the Severe Acute Respiratory Syndrome (SARS), which claimed the lives of about 650 people across mainland China and Hong Kong in 2002-2003.

The classification means compulsory isolation for those diagnosed with the disease and the potential to implement quarantine measures on travel.

A second case was reported in Shanghai on Tuesday, while five people have been diagnosed with the disease in Beijing.

Meanwhile, the World Health Organization (WHO) will meet on Wednesday to consider declaring an international public health emergency as China confirmed the coronavirus spreads by human-to-human contact.