Tehran 21 January_A former inspector with the Organization for the Prohibition of Chemical Weapons (OPCW) — tasked with investigating a suspected “chemical attack” on Syria’s Douma in 2018 — says the final report that the watchdog issued on the incident ran contrary to the findings of its own fact-finding mission. 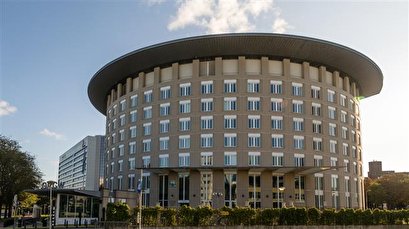 TEHRAN, Young Journalists Club(YJC)-Ian Henderson, who was a member of the OPCW team on Douma, made the comments in a recorded address to the UN Security Council during a session on Monday about the alleged chemical attack that occurred in April 2018, at a time when the Syrian army was about to win a battle against the foreign-backed militants then holed up in Douma.

Western states were quick to blame the Syrian government for the attack, and one week later, the US, Britain and France launched a coordinated missile strike against sites and research facilities near Damascus and Homs.

In the report released in March last year, the OPCW claimed it concluded that a toxic chemical containing chlorine had been used in the attack. The team was not mandated to assign blame for who used the toxic chemical.

However, Syria and Russia both rejected the findings, saying they believed the incident had been staged by the White Helmets, a group which claims to be a humanitarian NGO but has long been accused of working with anti-Damascus terrorists and staging false-flag gas attacks.

A now former OPCW specialist, Henderson, told members of the UN Security Council that the OPCW omitted key findings of its own inspections team which would have cast serious doubt on whether a chemical attack took place at all.

“The findings in the final [Fact Finding Mission] report were contradictory, were a complete turnaround with what the team had understood collectively during and after the Douma deployments,” Henderson said.

The Security Council meeting was called upon by Russian Permanent Representative Vasily Nebenzya to discuss the report prepared by OPCW into the alleged chemical attack.

Henderson presented himself as a non-political professional who is concerned with the integrity of the organization he worked with for many years.