Tehran 21 January_Freshly invigorated by their resounding success in last month’s general election, the hard right Tory government is pressing ahead with its plans to radicalise Britain’s security environment even further. 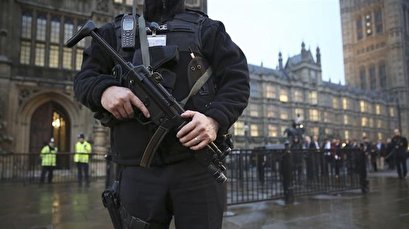 TEHRAN, Young Journalists Club(YJC)-According to the Home Office a new terror and security bill will be introduced in Parliament in mid-March.

A central feature of the new bill is the imposition of harsher custodial sentences on convicted terrorists and stricter monitoring by the authorities once they are released.

The Home Office plans to scrap automatic early release for terrorism convicts, in addition to imposing a minimum prison term of 14 years for serious terrorism-related offences.

The hardline Home Secretary, Priti Patel, has used the terror attack in London Bridge in late November 2019 – in which two people were killed – to justify the new measures.

The Home Secretary claimed that the “senseless terror attack” has “confronted us with some hard truths about how we deal with terrorist offenders”.

Apart from imposing harsher prison sentences and more stringent monitoring post-release, the new Home Office measures include a 10 percent increase in terror funding to the value of £90 million.