Tehran 21 January_Russian and Syrian naval forces have staged a joint exercise in the eastern Mediterranean Sea with the aim of defending international maritime economic activity at the sea. 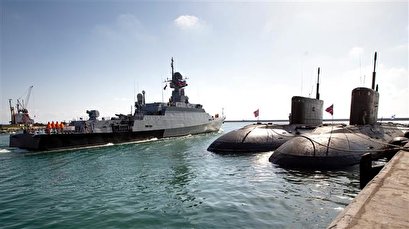 He added that the crews of the Syrian naval vessels practiced locating mines in the vicinity of the port of Tartus, while crews of Pantsir-S air defense systems protected the airspace around the coastal region.