"US wants to make anyone dealing with Iran pay the price"

Tehran 22 January_Press TV journalist Marzieh Hashemi and stem cell scientist Dr. Masoud Soleimani, both Iranian citizens who experienced illegal detention by the US government, have offered their assessments of why they think they were subjected to such unfair treatment by Washington. 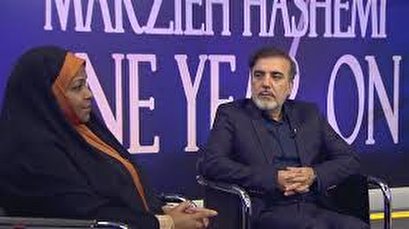 TEHRAN, Young Journalists Club(YJC)-Hashemi, the American-born Press TV journalist and presenter, views her detention as part of the US government's “intimidation” tactics against individuals who are somehow connected to the Islamic Republic.

Speaking on Press TV's Debate program, which marked one year since her detention in the United States, Hashemi said, “It is this battle by the United States against Iran, and they would make an example out of anyone, who plays whatever role in the Islamic Republic.”

Hashemi, a Muslim convert, was detained at St. Louis Lambert International Airport in Missouri on January 13th last year while in the US to visit her ill brother and other family members.

She was then transferred to a jail in Washington, DC, where she was initially forced to stop observing her Islamic dress code and only offered non-halal food. The Federal Bureau of Investigation declined to comment on her arrest at the time, but the US government confirmed that she had been arrested as a “material witness.”

The US government finally released her 10 days later without charge.

She added that the intimidation campaign is aimed at “those who want to stand up and speak about the Islamic Republic, talk about Iran, whether on social media on other forms.”

“[The US is seeking to] make an example that ‘if you do this, you’re going to pay a price,’” Hashemi observed.

Also in October 2018, the FBI arrested the Iranian stem cell scientist at an airport in Chicago. Soleimani had been invited by the Mayo Clinic in Minnesota to lead a research program there.

The arrest was made on alleged charges that he had violated the US trade sanctions by trying to have biological material transferred to the Islamic Republic. The charges related to September 2016 when Soleimani had seized on two former students’ plans to travel from the US to Iran to get recombinant proteins, which are found fundamentally in every medical testing and biological research laboratory.