You mustn’t shake the dirty hands of the terrorist Trump: Al-Nujaba’s to Barham Saleh

Tehran 22 January_Al-Nujaba Islamic Resistance, issuing a statement, asked Barham Saleh to not meet the US president and warned him against the consequences of the act that is contrary to the national interests. 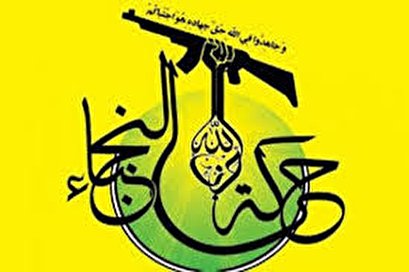 TEHRAN, Young Journalists Club(YJC)-Al-Nujaba Islamic Resistance, issuing an open statement, cautioned the Iraqi president against visiting his American counterpart, reported al-Nujaba’s Centre for Communications and Media Affairs in Iran.
Enumerating the continuous crimes and aggression of the US against the Iraqi nation, its direct and indirect supports for the ISIS, its attacks of the IPMF and the assassination of the Resistance Front commanders, the Movement condemned the probable upcoming meeting between Barham Saleh and Donald Trump on the sidelines of the Davos annual meeting.
The statement, pointing to the recent enactment of the Iraqi parliament on the urgent expulsion of the American military forces of Iraq, warns that no Iraqi official is authorised to shake the dirty hands of Trump and similar figures.
The statement reads:
In the Name of God, the Merciful, the Compassionate
﴾Those who ally themselves with the disbelievers instead of the believers. Do they seek glory in them? All glory belongs to God﴿
In this significant stage of our country- that is determining the destiny of Iraq, future of its nation, its sovereignty and security, while the US has deviated from all diplomatic norms and moral values through the violation of the Iraqi sovereignty and shedding the blood of this land’s innocent children- the ones who sacrifice their lives for their homeland and its people;
When the US was busy killing the honourable martyrs- the ones who commanded and won the battle against the ISIS, the making of the US that was a threat to the existence of Iraq, its government, holy places and destiny;
While the Iraqi parliament took an unprecedented and honourable act passing the enactment on the urgent expulsion of the American occupiers from the whole Iraq;
When the Iraqi government is attempting to arrange and take necessary measures for the expulsion of the said forces;
During the time that people are holding mourning ceremonies for the martyrs who were made martyr by the Americans, the ones who indeed have the blood of noblemen on their hands;
While the nation seeks to hold historical mass demonstrations on the expulsion of the American occupiers and condemning their continuous crimes;
In this significant situation, an issue has shocked the ones who were sad over the crimes of the US.
And it is nothing but the decision on the meeting between the Iraqi president and the American Trump,- the leader of evils- on the sidelines of Davos Session.
We are wondering- although Iraqi people and parliament have ousted the occupier; the US has occupied Iraq and its president arrogantly disapproves of the decisions made by the Iraqi parliament and government on the US surrender from Iraq, and though the president of Iraq is the first one responsible for defence of the Iraqi sovereignty, security and holy places- how the Iraqi president, the representative of Iraq, can meet the president of the occupying state?
We are wondering- although the US fighters, acting under the command of the US president, have repeatedly violated the Iraqi airspace to kill Iraqi border guards- how can the Iraqi president shake the hands of the US president who has shed the blood of the martyred commanders and their companions?
We never let anyone meet the killer of brothers, the violator of the state sovereignty and the occupier of our land in the current tough situation; a meeting that for Trump will be like a dance on the blood, sorrow and pains of the Iraqi children, the ones whose blood was shed in Amerli, al-Qaim, Saladin and Baghdad airport by the terrorist Trump and his unbridled forces.
Share to
Tags
statement ، trump ، Nuja
Your Comment