Tehran 23 January_The US special representative for Iran has threatened the Islamic Republic with yet another act of state terrorism, saying Washington will assassinate the successor of senior anti-terror commander Lieutenant General Qassem Soleimani as well if he follows in the path of the martyred general. 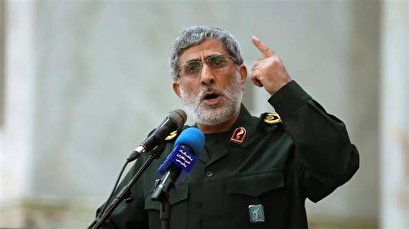 He made the threat in an interview with the Saudi-owned newspaper Asharq al-Awsat on the sidelines of the World Economic Forum (WEF) in Davos, Switzerland.

“This isn’t a new threat. The [US] president, [Donald Trump], has always said that he will always respond decisively to protect American interests,” Hook said.

Leader of the Islamic Revolution Ayatollah Seyyed Ali Khamenei appointed Qaani as the new head of the IRGC Quds Force following the US assassination of general Soleimani earlier this month.

General Soleimani was martyred in a US drone strike ordered by Trump. He was visiting Iraq at the invitation of the Baghdad government when the US carried out the targeted strike, which also killed the Iranian general’s Iraqi anti-terror comrade Abu Mahdi al-Muhandis, among others.

Soleimani has earned reputation as West Asia’s most revered anti-terror commander due to his indispensable contribution to defeating terrorist outfits such as Daesh across the region.