Tehran 23 January_Three separate research teams are to start work on developing potential vaccines against the new coronavirus that has so far claimed the lives of 18 people and is causing an epidemic across China. 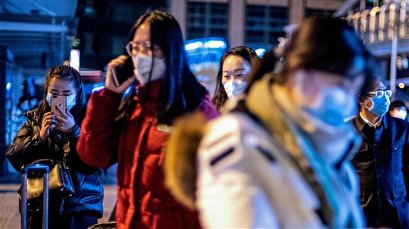 TEHRAN, Young Journalists Club(YJC)_A global coalition set up to fight diseases said on Thursday that the plan is to have at least one potential vaccine in clinical trials by June.

The Coalition for Epidemic Preparedness Innovations (CEPI), which is co-funding the emergency projects, said the research will be conducted by the drug and vaccine developer, Moderna, working with the US National Institute of Allergy and Infectious Diseases, the US firm Inovio Pharma, and a team at the University of Queensland, Australia.

Richard Hatchett, CEPI's chief executive, noted that each of the three projects will test a distinct scientific approach to developing a preventative vaccine against the virus, known as nCoV-2019.

"Our aspiration with these technologies is to bring a new pathogen from gene sequence to clinical testing in 16 weeks," said Hatchett.

"There are no guarantees of success, but we hope this work could provide a significant and important step forward in developing a vaccine for this disease."

On Thursday, the World Health Organization (WHO) announced that the new coronavirus infection in China and its spread to several other countries does not yet constitute an international emergency but it was tracking its evolution "every minute,” Reuters reported.

WHO Director General Tedros Adhanom Ghebreyesus made the announcement after its Emergency Committee of 16 independent experts reviewed the latest evidence and made its recommendations, which he accepted.

"Make no mistake, though, this is an emergency in China," Tedros told a news conference at WHO headquarters in Geneva, adding, "But it has not yet become a global health emergency. It may yet become one."

The official added that there was "no evidence" at the moment of the virus spreading between humans outside of China.

"Until this time, there is no evidence of human-to-human transmission outside China, but that doesn't mean it won't happen," Tedros said.

A new coronavirus that first appeared in the Chinese city of Wuhan has infected more than 600, mostly in China but cases have been detected as far away as the United States.