Tehran 28January_US President Donald Trump and his Turkish counterpart Recep Tayyip Erdogan have discussed the latest developments in Syria and Libya in a phone conversation on Monday, the White House says. 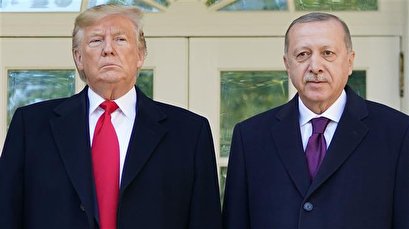 The spokesman said the two presidents have also discussed the latest situation in Syria's Idlib, where the Syrian army has started a large-scale counter-terrorism offensive

Syrian government forces have liberated more areas during the offensive in the northwestern province of Idlib from the clutches of foreign-sponsored Takfiri terrorists, tightening the noose around the extremists operating in the troubled region.

Syrian military troops pressed ahead with their advances in the southern countryside of Idlib, and liberated strategic Ma’asaran town and the key village of al-Sawami’a from Takfiri terrorists on Monday, Syria’s official news agency SANA reported.

The capture came after "intense clashes" with the extremists, SANA said, noting that army soldiers inflicted heavy losses upon the terrorists and destroyed their hideouts and military hardware.