Tehran, YJC. US-led sanctions against Iran are the main reason behind the shortage of life-saving medical supplies and medicines in the country, a new report says 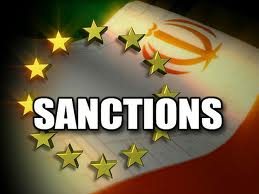 The report published by the US-based Woodrow Wilson International Center for Scholars interviewed American and European pharmaceutical firms exporting medicines to Iran.
The report notes that unilateral sanctions by the United States and Europe are indeed causing disruptions in the supply of life saving medicines and medical equipment in Iran.
According to a testimony by an American pharmaceutical company representative, sanctions have made the sale of a medicine necessary for organ transplant impossible.
"Without a viable replacement for this medicine,” states the report, "Iranian organ transplant recipients were left with no alternative.”
The report concludes that the sanctions have closed off banking channels for medicine exports to Iran and prevented euros and US dollars from being accessible to Iranians for trade, causing a medicine shortage in the country.
The illegal US-engineered sanctions were imposed based on the unfounded accusation that Iran is pursuing non-civilian objectives in its nuclear energy program.
Iran rejects the allegation, arguing that as a committed signatory to the Non-Proliferation Treaty and a member of the International Atomic Energy Agency (IAEA), it has the right to use nuclear technology for peaceful purposes.
Iran has repeatedly said the US-engineered sanctions against Tehran are effectively hindering the imports of medicines to the country, thereby jeopardizing the lives of millions of patients suffering from special diseases such as thalassemia, hemophilia, hepatitis, multiple sclerosis, diabetes, and many others.
Many have called for the trial of US President Barack Obama for the imposition of the illegal restrictions and killing of Iranian children.
Share to
Tags
Unites States Iran sanction medical supplies
Your Comment