Tehran 31 january_Iraqi Interior Minister Yassin al-Yasiri says the Baghdad government has formed a number of committees tasked with the implements of a parliamentary bill, which demands the withdrawal of all US-led foreign troops from the country. 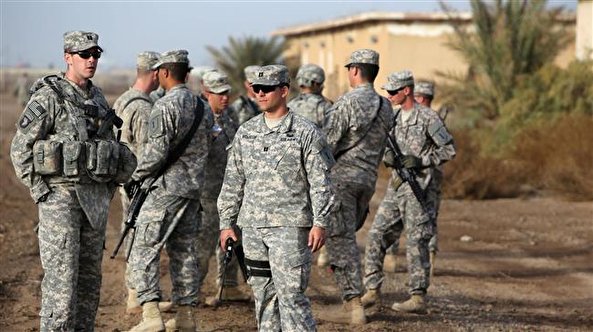 TEHRAN, Young Journalists Club(YJC)_The decision about the removal of foreign forces was made by a casting vote in the parliament. The (Iraqi) government, therefore, set up committees to carry out the decision in a manner that safeguards the country's security and sovereignty,” the official Iraqi News Agency quoted Yasiri as saying in a meeting with British Ambassador to Iraq Stephen Hickey in Baghdad on Thursday.

The top Iraqi official also called for the enhancement of bilateral cooperation between Baghdad and London in various areas, and in consistency with the principles of mutual respect and common interests.

Yasiri and the British envoy also discussed the ongoing anti-government protests across Iraq, where demonstrators are demanding basic services, employment opportunities, and an end to corruption.

The Iraqi interior minister highlighted that caretaker Prime Minister Adel Andul-Madi, who is the Commander-in-Chief of the Iraqi Armed Forces, has issued directives, preventing troops from opening fire on peaceful demonstrators.

Hickey, for his part, asserted that the withdrawal of US-led foreign soldiers from Iraq will help the re-emergence of Daesh Takfiri terrorist group, calling for a review of the Iraqi parliament bill.

He also called for an upgrade in the level of cooperation between the Iraqi Interior Ministry and British the Home Department through a memorandum of understanding between the two sides.

Later on January 9, Abdul-Mahdi called on the United States to dispatch a delegation to Baghdad tasked with formulating a mechanism for the move.

According to a statement released by the Iraqi premier’s office, Abdul-Mahdi “requested that delegates be sent to Iraq to set the mechanisms to implement the parliament's decision for the secure withdrawal of (foreign) forces from Iraq” in a phone call with US Secretary of State Mike Pompeo.

The prime minister said Iraq rejects violation of its sovereignty, particularly the US military's violation of Iraqi airspace in the January 3 vicious airstrike that assassinated Iran's Lieutenant General Qassem Soleimani, the commander of the Quds Force of the Islamic Revolution Guards Corps, and the deputy head of the Popular Mobilization Units (better known by the Arabic word Hashd al-Sha'abi), Abu Mahdi al-Muhandis, along with their companions.