Tehran 12 February _Freshly leaked information has once again revealed that the Organization for the Prohibition of Chemical Weapons (OPCW) manipulated a report on an alleged chemical attack in Syria in 2018. 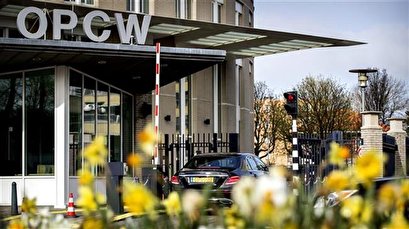 The whistle-blower, described in Wikileaks documents as a former senior official with the OPCW, stood by the two employees and said that his time with the organization was "the most stressful and unpleasant" one in his life.

The unidentified person blamed external pressure and potential threats to their family for their failure to speak out about the corruption of the Douma investigation.

The former OPCW senior official went on to denounce the removal of members of the original fact-finding team to Syria “from the decision making process and management of the most critical operations.”

Ian Henderson, one of the two former OPCW employees, recently addressed a special session of the United Nations Security Council with his concerns about the Douma mission.