Tehran 12 February _The Lebanese parliament has thrown its support behind the new cabinet led by Prime Minister Hassan Diab in a vote of confidence held amid ongoing protests over the country’s economic crisis. 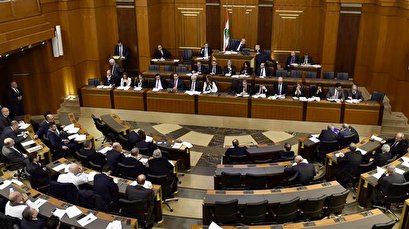 TEHRAN, Young Journalists Club(YJC)_Sixty-three out of 84 Lebanese lawmakers voted to back the new administration after an eight-hour parliamentary session on Tuesday.

The vote comes as Lebanon and the new government is facing one of the worst crises in the county's recent history.

“We have accepted to assume this mission amidst perilous circumstances and as the country endures an exceptional conjuncture, all emanating from our national spirit,” Diab read from his new government’s policy statement after securing the confidence vote.

“Lebanon is facing stifling and decisive crises, which require a major overhaul and action, including some agonizing measures,” he said.

Diab also stressed that his new government -- made up of 20 specialist ministers backed by the country's political parties -- would undertake fiscal and administrative reforms, fight corruption, tax evasion and smuggling, and seek to establish the independence of the judiciary within 100 days.

Hours before the parliamentary session, Lebanon’s security forces clashed with protesters as they used teargas to disperse the crowds rallying against the new administration.