Tehran 12 February _The death toll from the coronavirus epidemic in China has risen to 1,113, and health experts have finally picked a name for the virus. 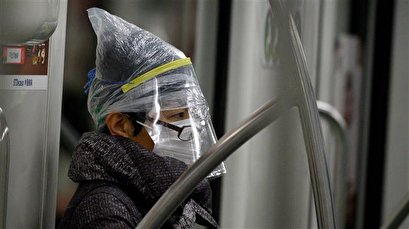 Cases of infection also now stood at 44,653, the officials said.

Authorities have locked down tens of millions of people in the epicenter of the epidemic — Hubei Province’s capital, Wuhan — and several other cities and regions in an unprecedented effort to contain the outbreak.

International efforts are also being made to contain the virus, which has spread to dozens of countries across the globe so far.

Meanwhile, health experts at the World Health Organization (WHO) have picked a name for the virus.

At a conference in Geneva on Tuesday, WHO experts announced the name “COVID-19” for the novel coronavirus, which had until now been assigned a generic name.

WHO began a two-day meeting on Tuesday to discuss the epidemic. Director-General Tedros Adhanom Ghebreyesus urged countries to step up measures to detect and contain the virus.

“A virus can have more powerful consequences than any terrorist action. If the world doesn’t want to wake up and consider this enemy virus as public enemy number 1, I don’t think we will learn from our lessons,” he said.

Tedros said there were fewer than 400 cases in 24 other countries, with one death.

“The first vaccine could be ready in 18 months. So we have to do everything today using the available weapons to fight this virus while preparing for the long term using the preparations for the vaccines,” he said.

‘No coronavirus cases in Iran’

An Iranian health official has denied speculation and reports that an Iranian patient has died in hospital because of a coronavirus infection, saying no cases of infection have been detected in Iran.

Kianoush Jahanpour, the director of public relations at the Iranian Health Ministry, told IRNA on Wednesday that rumors about suspected infections or deaths due to the coronavirus in Iran were baseless.