Tehran 16 February _Iraq's Prime Minister-designate Mohammed Tawfiq Allawi has vowed to announce this week his cabinet made up of "independent" and "impartial" figures. 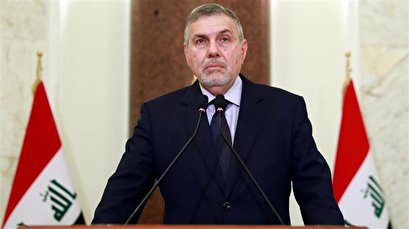 TEHRAN, Young Journalists Club(YJC)_We're nearing a historic achievement: completing an independent cabinet of competent and impartial people, without the intervention of any political party," he said in a post on his Twitter account on Saturday.

He also pledged to "submit the names of these ministers within the current week."

Allawi, who was appointed as Iraqi premier in early February, has until March 2 to submit his cabinet to a parliamentary vote.

"We hope members of the parliament will respond and vote on them in order to start implementing the people's demands," he emphasized.

The appointment of Allawi followed an ultimatum by President Barham Salih, who said he would pick a new premier himself if political parties did not agree on a candidate.