Twitter explodes with outrage after Trump likens himself to a king

Tehran 16 February _US President Donald Trump has sparked outrage on social media after he called himself “the king,” with a famous quote by American philosopher and writer Ralph Waldo Emerson that “when you strike at a king, you must kill him.” 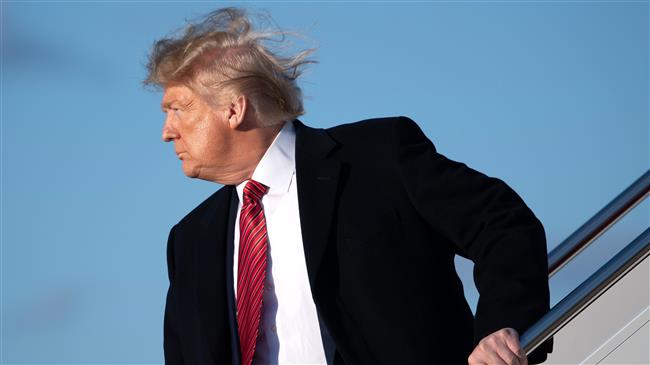 TEHRAN, Young Journalists Club(YJC)-Trump picked the quote Saturday from a New York Times article that was published two weeks ago, in which the writer, Peter Baker, had warned that the president would be dangerously unleashed once he was acquitted in the Senate impeachment trial.

“Ralph Waldo Emerson seemed to foresee the lesson of the Senate impeachment trial of President Trump. ‘When you strike at a king,’ Emerson famously said, ‘you must kill him,’” Baker had argued in his February 1 piece, warning that Trump would “emerge from the biggest test of his presidency emboldened.”

Even though the article was highly critical of Trump and was published four days before he was acquitted by Senate Republicans, the president chose to quote those lines with some habitual changes. The president actually capitalized the word king and changed it from "a king" to “the King.”

“Ralph Waldo Emerson seemed to foresee the lesson of the Senate Impeachment Trial of President Trump. ‘When you strike at the King, Emerson famously said, “you must kill him.’ Mr. Trump’s foes struck at him but did not take him down. A triumphant Mr.Trump emerges from the.....

The comment quickly drew outrage among critics and the phrase “you are not a king” almost instantly began to trend on Twitter.

A few problems with your analogy:

1. YOU ARE NOT A KING
2. Murder is illegal
3. You were still IMPEACHED. That shit lasts forever.
4. It's not "triumphant" when you hid the witnesses, threatened jurors, and half of them admitted that they knew you were guilty.

Some Twitter users reminded the president that the Times piece was scathingly negative and wondered why he would choose to promote the article. Many also raised concern that the king quote was a confirmation that Trump was set to run a re-election campaign marred by grievance and resentment.

“This may be the most sinister tweet Trump has ever posted,” University of Michigan law professor Barbara McQuade wrote on Twitter.