Tehran 18 February _The United Arab Emirates has issued an operating license for a reactor, developed by foreign experts, at its Barakah nuclear power plant, the first in the Arab world. 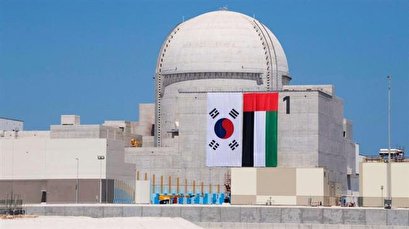 TEHRAN, Young Journalists Club(YJC)-The Barakah plant, located on the Persian Gulf coast west of the capital, had been due to come online in late 2017 but faced a number of delays that officials attributed to safety and regulatory requirements.

The national nuclear regulator has now given the green light to the first of four reactors at the plant, Hamad al-Kaabi, the UAE representative to the International Atomic Energy Agency (IAEA), told a press conference.

Emirati officials said in January that the plant would start operating within a few months. No new date was given on Monday but Kaabi indicated it would happen soon.

"The full operation of Barakah plant in the near future will contribute to the UAE's efforts for development and sustainability," he said, adding that the operator would "undertake a period of commissioning to prepare for commercial operation."

Abu Dhabi Crown Prince Mohammed bin Zayed Al-Nahyan also tweeted that "today marks a new chapter in our journey for the development of peaceful nuclear energy with the issuing of the operating license for the first Barakah plant."