Tehran 20 February _One scientific post suggests links between the new coronavirus and AIDS, a second says it may have passed to people via snakes, while a third claims it is a pathogen from outer space. 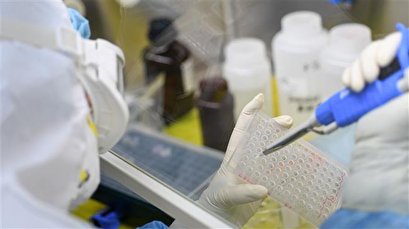 TEHRAN, Young Journalists Club(YJC)-The emergence in China of a new human coronavirus that is causing an epidemic of flu-like disease has sparked a parallel viral spread: science – ranging from robust to rogue -- is being conducted, posted and shared at an unprecedented rate.

While speedy scientific analysis is highly useful if it’s good, flawed or misleading science can sow panic and may make a disease epidemic worse by prompting false policy moves or encouraging risky behavior.

A Reuters analysis found that at least 153 studies - including epidemiological papers, genetic analyses and clinical reports - examining every aspect of the disease, now called COVID-19 - have been posted or published since the start of the outbreak. These involved 675 researchers from around the globe.

By comparison, during the 2003 SARS outbreak, it took more than a year for even half that number of studies to be published.

Richard Horton, editor-in-chief of The Lancet group of science and medical journals, says he’s instituted “surge capacity” staffing to sift through a flood of 30 to 40 submissions of scientific research a day to his group alone.

Much of this work, according to those watching its flow and content, is rigorous and useful. Vaccine developers, clinicians, diagnostic makers and policy agencies have snapped up genetic codes, phylogenetic trees and epidemiological models to help them start work on catching the virus and containing its spread.

But much of it is raw. With most fresh science being posted online without being peer-reviewed, some of the material lacks scientific rigor, experts say, and some has already been exposed as flawed, or plain wrong, and has been withdrawn.

“The public will not benefit from early findings if they are flawed or hyped,” said Tom Sheldon, a science communications specialist at Britain’s non-profit Science Media Center.