Tehran 21 February _The chief commander of Iran's Islamic Revolution Guards Corps (IRGC) says ahead of Friday’s parliamentary elections that every vote people cast in ballot boxes is a slap in the enemy’s face. 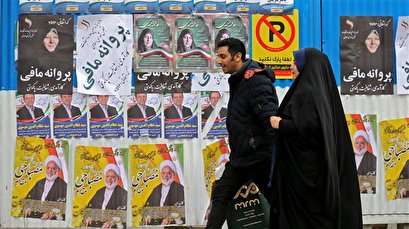 TEHRAN, Young Journalists Club(YJC)-Major General Hossein Salami made the remarks while speaking to reporters on the sidelines of a ceremony on Thursday, saying, “People’s participation in the elections is not merely [limited to] giving a vote or electing a representative [at the parliament].”

“Every vote [cast] by people is like a slap in the face of the enemy that hopes people would not take part in the elections,” the IRGC’s chief commander added.

The Iranian nation has invariably “astounded” the world with its turnout at the polls each time, General Salami added, hoping that this time too, the people would create a “beautiful turn of events” through their “passionate” participation in the legislative elections.

In a related development on Thursday, Iran's Foreign Ministry Spokesman Abbas Mousavi said elections in the country serve to send across “the voice of the people.”