Russia rejects claims of meddling in 2020 US election

Tehran 21 February _The Kremlin has rejected “paranoid” claims that Moscow is seeking to meddle in the 2020 presidential election in the United States. 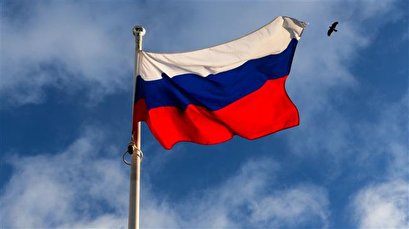 TEHRAN, Young Journalists Club(YJC)-Speaking on Friday, Kremlin spokesman Dmitry Peskov said the allegations were “like the usual paranoid announcements, which unfortunately will multiply as we get closer to the (US) election.”

“Of course, they have nothing to do with the truth,” he added.

The remarks come a day after US media reported that American intelligence officials believed Russia is seeking to meddle in the upcoming election by trying to get US President Donald Trump reelected.

According to The Washington Post and The New York Times, American lawmakers were notified of the alleged US intelligence assessment during a briefing with the House Intelligence Committee last week.

US officials have repeatedly claimed that Russia and other countries seek to interfere in the 2020 US presidential election.

Russia has also been accused by US officials of meddling in the 2016 presidential election and colluding with Trump during his election campaign, a claim Moscow has repeatedly denied.

In April last year, a redacted version of a 400-page investigation by a US special counsel into alleged Russian meddling in the 2016 presidential election was publicly released. The report stopped short of providing conclusive evidence of collusion between Trump and Moscow.