Tehran 23 February _Britain criticized the European Union on Sunday over the process of agreeing on its negotiating mandate for post-Brexit trade talks, saying the bloc was “hamstrung by indecision and delay” because different members wanted different things. 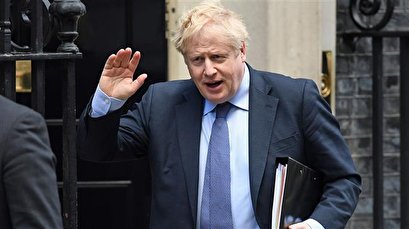 TEHRAN, Young Journalists Club(YJC)-The outcome of the talks between Britain and the EU, its biggest trading partner, will define how the $2.7 trillion British economy develops following its departure from the EU.

But before formal talks have even begun the mood of the negotiations is already tense, with European leaders questioning whether there is enough time to do a deal and Britain accusing the EU of changing its mind about what is on offer.

On Sunday, Prime Minister Boris Johnson’s office increased that tension by taking a swipe at the EU process of finalizing its negotiating position.

“(British) ministers are united in the government’s approach to the negotiations,” Johnson’s office said in a statement.

“This is in contrast to the process of agreeing the EU’s mandate, which so far looks to be hamstrung by indecision and delay due to the competing interests of different member states.”

However, the European Commission has already proposed a negotiating mandate which could be signed off by member states on Feb. 25, allowing talks to begin on schedule in early March.

Despite leaving the EU on Jan. 31, Britain is still operating under EU rules as part of a divorce settlement. This transition period ends on Dec. 31.