Tehran 26 February _US President Donald Trump is livid that stocks are sliding, contending that health officials’ warnings about the spread of coronavirus have frightened investors, The Washington Post reports. 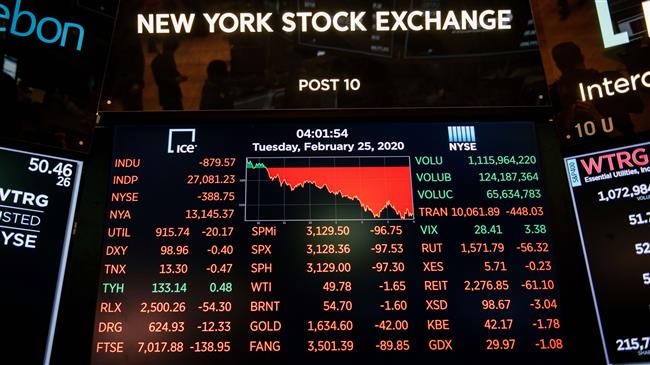 "The data over the past week about the spread in other countries has raised our level of concern and expectation that we are going to have community spread here," Dr. Nancy Messonnier, the CDC's head of respiratory diseases, told reporters on a conference call.

"Disruption to everyday life might be severe," she said, calling on businesses, schools and families to start having discussions about the possible impact from the spread of the virus.

Citing two people familiar with the president’s thinking on Tuesday, The Post said Trump had cautioned aides against predicting the impact of the virus over fears that stocks could plunge further.

While the president has spent the past two days traveling in India, he has also been watching the stock market’s decrease closely, The Post added.

Meanwhile, some White House officials have been dejected with how Health and Human Services Secretary Alex Azar has handled the situation, it said.

On Tuesday, Azar expressed concerns about the spread of the virus, saying, "While the immediate risk to individual members of the American public remains low, there is now community transmission in a number of countries, including outside of Asia, which is deeply concerning."

The president is expected to talk to officials Wednesday, the officials, who spoke on condition of anonymity, told The Post.

During his trip to the World Economic Forum in Switzerland in January, Trump dismissed questions about the coronavirus’s impact in the United States.

“We have it totally under control,” Trump told CNBC at the time. Asked about the confirmed case in Washington state, Trump said, “It’s one person coming in from China. We have it under control. It’s going to be just fine.”

The new report comes as the president said on Twitter Monday that the coronavirus is “very much under control in the USA” and that the stock market is “starting to look very good.”

The Coronavirus is very much under control in the USA. We are in contact with everyone and all relevant countries. CDC & World Health have been working hard and very smart. Stock Market starting to look very good to me!

So far, however, there have been more than 50 people in the United States infected with coronavirus, and according to health officials, the number will continue to go up.