Tehran 27 February _The United States has postponed its wargames with South Korea on Thursday as concerns continue to grow over the coronavirus. 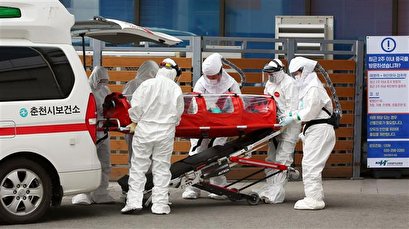 The joint military drills were scheduled to be held in March.

The announcement came after the US military reported its first case of the coronavirus on Wednesday in a 23-year-old soldier based near the South Korean city of Daegu.

South Korea reported another 334 new coronavirus cases on Thursday, pushing the total to 1,595, the most in any country other than China, Reuters said.

The South Korean military also reported a number of infections among its troops.

Pentagon chief Mark Esper said this week that both countries’ militaries were looking to scale back “some training” in response to the outbreak, which has infected more than 80,000 people worldwide and killed more than 2,700.

US president Donald Trump said Wednesday night that everything was on the table, hinting at restricting travel to and from South Korea, Italy and other countries where the number of infections have exploded since the last week.

“At some point, depending on what happens, we may cut certain additional countries off, like we’ve had to do with China, and we hope we can open it up to China soon as possible,” Trump said in a live broadcast.

According to US Centers for Disease Control and Prevention, there are now 60 people in the US who have tested positive for the coronavirus (COVID-19).

North Korea sees the regular US-South Korea wargames as aggression and a rehearsal for invasion.

Pyongyang had threatened to retaliate against this year's wargames at a time of its stalled denuclearization talks with Washington.

Rounds of negotiations between the US and North Korea have ground to a halt as Washington refused to offer any sanctions relief despite Pyongyang’s unilateral steps to show its goodwill in denuclearization efforts.