Iran’s response to coronavirus to surprise the world: Minister

Tehran 28 February _Iran’s health minister has vowed that the country would surprise the world with its way of dealing with a coronavirus that has claimed more than two dozen lives since it break out in the country last week. 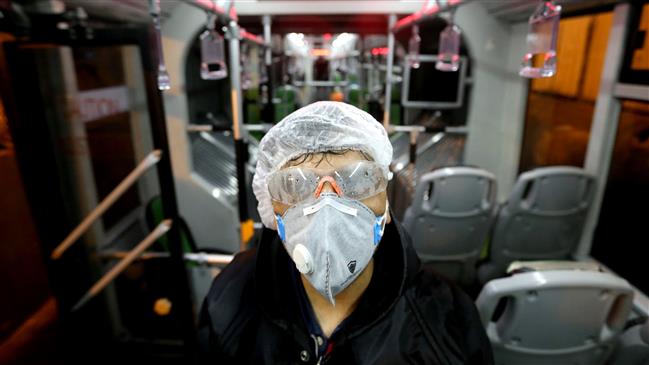 TEHRAN, Young Journalists Club(YJC)_Saeid Namaki made the remarks in a letter addressed to the Leader of Islamic Revolution Ayatollah Seyyed Ali Khamenei on Thursday.

The letter came after Ayatollah Khamenei thanked Namaki and all medical personnel across Iran for their efforts to contain the spread of coronavirus.

The minister said in his letter that all government departments had joined in the fight against coronavirus in a “unique show” of solidarity.

“This, without any question, would surprise the entire world when the disease is brought to its knees,” wrote Namaki.

He said that Iran’s swift response to the coronavirus outbreak had come despite the growing economic pressure on the country due to the American sanctions.

The minister said that medical personnel across the Iranian health system were replicating heroic efforts shown during the massive floods that affected parts of the country in March and April.

Iran has become a hotspot for the spread of coronavirus more than a month after it began in central China.

Authorities say nearly 250 have tested positive for the disease while putting the death toll at 26 as of Thursday noon local time.

The government has adopted contingency measures to deal with the surge in the number of infections, including a week-long closure of schools in several provinces.

For the first time in decades, Friday prayers have been cancelled in 23 provincial capitals out of 31, while authorities have imposed tighter restrictions on arrivals of foreign nationals, especially those from China.