California monitoring 8,400 for possible coronavirus, but has only 200 test kits

Tehran 28 February _California is monitoring more than 8,400 people for coronavirus symptoms after arrival on commercial flights, but the state lacks test kits and is being held back by federal testing rules, Governor Gavin Newsom said on Thursday. 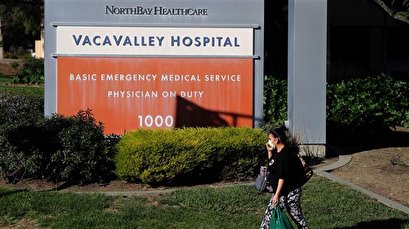 TEHRAN, Young Journalists Club(YJC)_The state has only 200 test kits and is appealing for testing protocols to be expanded to include Americans who may catch the virus as it spreads through US communities, Newsom said at news briefing in Sacramento.

“That is simply inadequate to do justice to the kind of testing we need,” Newsom said of the test kit shortage.

Doctors need to have the capacity to perform tests without delay on a wider range of patients than allowed under current federal guidelines, he added.

California on Wednesday reported a coronavirus case of unknown origin, making it potentially the first incident of the virus spreading within US communities.

The individual was not initially tested as she did not meet testing criteria laid out by the US Centers for Disease Control and Prevention (CDC), according to a statement by UC Davis Medical Center, where she is being treated.

Dr. Sonia Angell, California’s state public health officer, said local, state and federal health investigators were contacting and isolating individuals who may have been exposed to the patient.

The CDC’s protocol had called for coronavirus testing in individuals with a fever or respiratory illness who have a travel history or contact that could have led to exposure to the virus.

California officials said this protocol had to be expanded in light of the “inevitable” local spread within the United States.

“The case from yesterday is giving the CDC a lot to consider on revising those protocols so more individuals will be tested,” said Mark Ghaly director of California’s Health and Human Services Agency.

CDC Director Robert Redfield told a US congressional hearing on Thursday that more test kits were being sent to California.