Israeli military affairs minister Naftali Bennett has admitted that Tel Aviv killed the son of a senior member of the Palestinian Islamic Jihad movement in the Syrian capital last November. 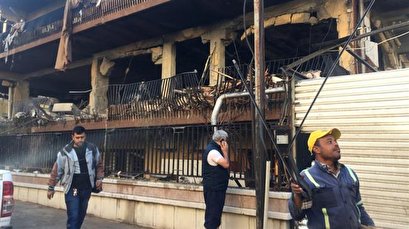 On November 11, 2019, the Israeli military launched a strike on the home of Islamic Jihad politburo member Akram Ajouri in Damascus, killing his son Muadh and another person.

The attack coincided with a similar Israeli strike that killed senior Islamic Jihad commander Baha Abu al-Ata in the besieged Gaza Strip, sparking a barrage of retaliatory rocket fire from the besieged enclave into the occupied territories.

In a statement, the Palestinian resistance movement blamed the attacks on “the Zionist criminal enemy”.

In an interview with Israel’s Channel 12 News on Saturday, Bennett said that "upon taking office, we eliminated Baha and indeed attacked Damascus."