WHO chief: No evidence Iran covering up severity of coronavirus crisis

Tehran 03 March_The World Health Organization (WHO) says the mechanisms it uses to monitor the performance of various countries in relation to their handling of the coronavirus epidemic do not show any cover-up by the Iranian government with regard to Iran’s virus crisis. 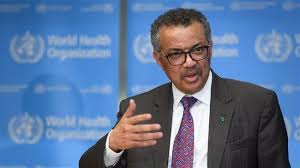 TEHRAN, Young Journalists Club(YJC)_Speaking in a televised interview with the CNBC news channel on Monday, Tedros Adhanom Ghebreyesus, the director general of the organization, said the WHO’s fact-checking mechanisms have not found any concrete proof that Iran had been covering up the severity of the epidemic.

Asked about the media hype revolving around Iran and accusing the country of covering up the severity of the new coronavirus epidemic, the WHO chief said, “I wouldn’t frame any country without any reason or without having any fact.”

“There are reports that come from the media… but this is the WHO, you know, this is a technical organization and should check the facts. We cannot say what journalists say,” he added.

“I say if we followed journalists’ reports, whether it’s well done or not, then where we end.”

The virus that emerged in the central city of Wuhan in China's Hubei Province late last year has so far claimed more than 3,000 lives worldwide.