Tehran 03 March_Six people in the Seattle area have died of illness caused by the new coronavirus, US health officials said on Monday, as authorities across the United States scrambled to prepare for more infections with an emphasis on increasing testing capacity. 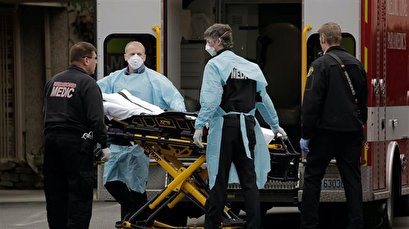 Eight of the 14 total cases in his jurisdiction are linked to an outbreak at a nursing facility in the Seattle suburb of Kirkland, including four deaths, Duchin said at a news conference.

At least four of the six people who died were either elderly or had underlying health conditions or both, Duchin said. Nevertheless, Vice President Mike Pence, speaking at a White House briefing, said the risk to Americans from coronavirus remained low.

Earlier in the day, two senior officials said the Trump administration was weighing whether to have the president issue an emergency declaration to help cover state and local costs of responding to the coronavirus.

Further tightening of travel restrictions on countries hard-hit by the virus also were under consideration, President Donald Trump said during a meeting with pharmaceutical company executives.

Food and Drug Administration Commissioner Stephen Hahn said he expects that by the end of this week close to 1 million coronavirus tests will be completed.