Investment requests pile up for Iran’s only oceanic port

Tehran 03 March_As many as 53 companies have requested to invest in Chabahar, Iran’s only oceanic port, a senior official says. 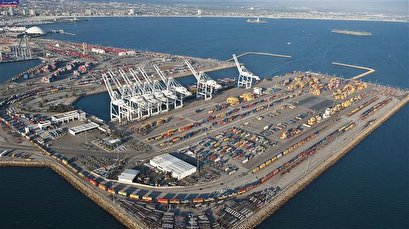 TEHRAN, Young Journalists Club(YJC)_Over the last 11 months, some 170 Iranian and foreign delegations have visited the port which Iran intends to develop by attracting private and public sector investments.

Exports from the port rose 41 percent in the 11 months ending on February 20, he added.

For years, India has presented itself as the key stakeholder in Chabahar’s development, but it has taken baby steps toward translating its ambitions into concrete actions.

Under US pressure, India has stopped buying oil from Iran, one of its top suppliers, and moved gingerly on its long-cherished dream of extending New Delhi’s reach to Afghanistan, Central Asia and beyond via Chabahar.

Indian Prime Minister Narendra Modi has said his country would spend $500 million to develop Chabahar and related infrastructure to boost growth and spur the unhindered flow of commerce in the region. But funds have flowed in small scattered and sporadic amounts.

India’s dithering is frustrating because Chabahar is exempted from US sanctions which New Delhi has strictly been observing.

In a rare move, the US has exempted Chabahar from its draconian sanctions, citing its pivotal role in bringing landlocked Afghanistan out of isolation. Afghans see the Iranian port as a gate to international markets, hoping it would boost their war-torn country’s trade.

Last December, Iran and India agreed to speed up the development of Chabahar port which New Delhi views as a gateway to access Afghanistan and Central Asia.