Tehran 03 March_Turkey has shot down a Syrian fighter jet over the embattled northwestern province of Idlib, where Ankara supports militant groups fight against the government of President Bashar al-Assad. 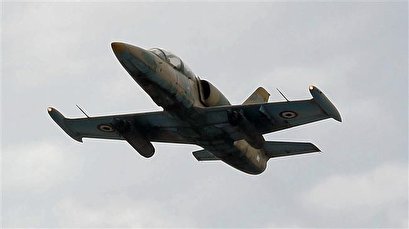 Syria's SANA news agency confirmed that a Syrian government plane had been “targeted” in the Idlib region. Turkey shot down two more Syrian aircraft on Sunday.

The so-called Syrian Observatory for Human Rights (SOHR) reported that the plane was brought down by a Turkish F-16 and crashed to the ground in a government-held area south of Idlib.

The UK-based monitoring group said that the fate of the crew was not immediately clear.

On Monday, Syrian army soldiers and their allies entered the strategic city of Saraqeb after violent clashes with the extremists and severely hitting their positions and fortified lines.