Tehran 03 March_Russia says it will not stop fighting terrorism in Syria alongside the Damascus government because of European concerns over a new influx of refugees into the continent. 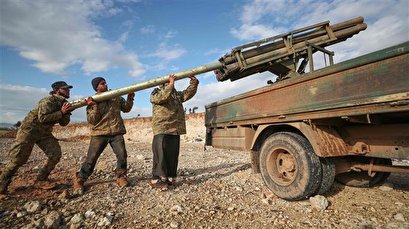 TEHRAN, Young Journalists Club(YJC)_Foreign Minister Sergei Lavrov made the remarks on Tuesday at a news conference alongside his Finnish counterpart Pekka Haavisto in Helsinki.

The top Russian diplomat said the solution to the threats of a new refugee crisis in Europe is upholding the agreements reached in 2018 between President Vladimir Putin and his Turkish counterpart, Recep Tayyip Erdogan, in Sochi on demilitarizing Idlib.

The two leaders are slated to meet in Moscow on Thursday to discuss the Idlib situation.

“Unfortunately, these agreements have not yet been completed, but we hope that the next meeting between Putin and Erdogan will find a way to approach that moment,” Lavrov said.

He further expressed hope that the EU “does not forget the terrorist threat, which is growing in the Middle East and the Idlib region.”

Russia has been lending aerial support to Syria’s ground operations against militants and Takfiri terrorists since September 2016. The cooperation together with Iranian military advisory support has turned the tables on the foreign-backed violent factions, which began taking on the Arab country in 2011.

Lavrov’s remarks specifically concerned the backup airpower that Moscow’s provides for the Syrian Army in the northwestern Syrian province of Idlib, those groups’ last major stronghold in the Arab country.

On Saturday, Turkey, which mans some observation posts in Idlib and backs a number of the militant outfits against Damascus in the province, said it had started letting the refugees that it houses into Europe.

The country took the alleged measure after accusing Europe of not doing enough to help it with the migrants as well as its failing to have Moscow stop Damascus’ advances in Idlib.