Tehran 04 March_Iran says a new report by the International Atomic Energy Agency (IAEA) shows the UN nuclear watchdog has kept up its monitoring and verification process inside the country concerning a 2015 multilateral nuclear deal. 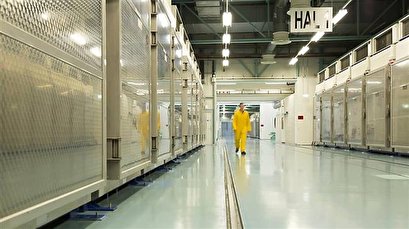 TEHRAN, Young Journalists Club(YJC)_Kazem Gharibabadi, Iran’s permanent representative to Vienna-based international organizations, was speaking to reporters on Tuesday, after the IAEA issued two reports — one regular report on Tehran’s current nuclear program and the other detailing what it claims to be Tehran’s denial of access to two sites the agency wanted to visit.

The IAEA is tasked with monitoring the technical implementation of the nuclear deal signed between Iran and six major world powers — the United States, Britain, France, China, Russia and Germany — in 2015.

The IAEA’s regular report “once again confirms that the agency’s verification activities on the JCPOA have been going on since January 16, 2016,” when the deal took effect, the official said.

The US unilaterally abandoned the JCPOA in May 2018 and unleashed the “toughest ever” sanctions against the Islamic Republic in an attempt to strangle the Iranian oil trade. Under Washington’s pressure, the three European signatories to the JCPOA have so far failed to protect Tehran’s business interests.

In response, Iran began last May to gradually reduce its commitments as part of its legal rights under the JCPOA to both retaliate for Washington’s departure and prompt the European trio to respect their obligations towards Tehran.

The country has so far taken five steps away from the deal under the IAEA’s supervision, but says its counter-measures are reversible if the other parties begin to fulfill their side of the agreement.

On the latest IAEA report, Gharibabadi said the document shows Iran continues its UF6 (uranium hexafluoride) activities at the Fordow nuclear plant and that the country’s level of enrichment stands at up to 4.5 percent, he noted. Tehran began enriching uranium to purity rates beyond the JCPOA limit of 3.76 percent as part of its second step away from the accord.

As part of its fourth step in November 2019, Iran said it had officially started injecting gas into hundreds of centrifuges at underground Fordow nuclear plant. The operation started with the transfer of a 2,800-kilogram cylinder containing 2,000 kilograms of UF6 from Natanz nuclear facility to Fordow - near the city of Qom, where 1,044 centrifuges are installed.