Tehran, YJC. Biloop’s baby cry translator was introduced into Iran with an unveiling ceremony on Tuesday. 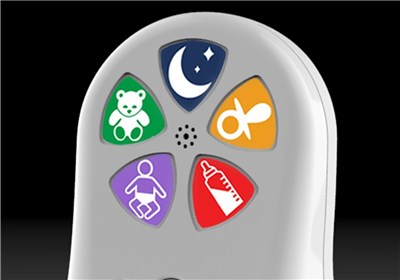 The Happy Baby Iran project manager Alikhani stated "As we know babies use their cries as a means to communicate with their parents and express their needs. Besides all the sweetness that is there with a child, the cries often worry a lot of parents.”

He added "Based on that, Spain’s Biloop has after years of research by scientists and experts designed and produced a device that can translate baby cries. It can also play a special sound for babies which is able to calm the baby. The device can play the sounds that the baby hears before s/he is born, that is sound it hears while in the womb.”

He added that an Iranian company has signed contract to distribute the product in Iran’s market as a Biloop franchise.