Tehran 05 March_Venezuelan President Nicolas Maduro has called on Venezuelan women to give birth to more babies “for the good of the country,” which is facing economic crisis as a result of US sanctions. 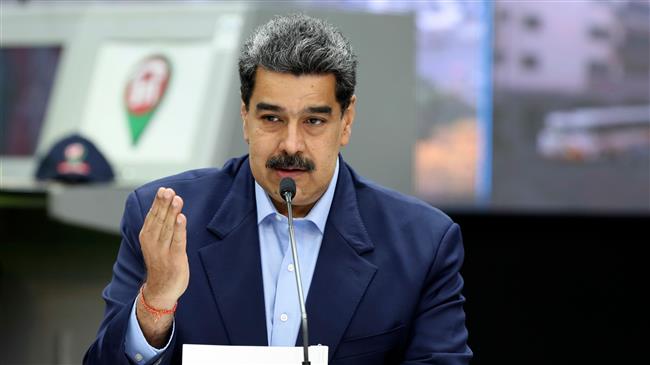 TEHRAN, Young Journalists Club(YJC)_“Give birth! Give birth!” Maduro said at a televised event promoting a national women’s healthcare plan in Caracas on Tuesday night. “Every woman is to have six children! Every one! For the good of the country! May God bless you for giving the country six little girls and boys.”

The US has over the past years imposed harsh economic sanctions on the country to pressure Maduro to step down, forcing millions of Venezuelans to abandon their homeland due to a lack of basic food and necessities. According to UN statistics, at least 3.3 million people have left the country of 30 million since the end of 2015.

Venezuela has also been shaken by political unrest since January last year, when opposition politician Juan Guaido abruptly declared himself “interim president” of Venezuela, challenging the outcome of the 2018 presidential election, which Maduro had won.

Guaido later launched an abortive coup against the elected government.

Guaido’s self-proclamation as president and his coup received full support from Washington. Ever since, the US has been escalating tensions against oil-rich Venezuela, and has not ruled out the military option to take out Maduro’s government.

Caracas has established paramilitary forces to help the regular army defend the country against potential invasion.

Maduro’s Tuesday call for an increase in the country’s population faced criticism from the opposition.